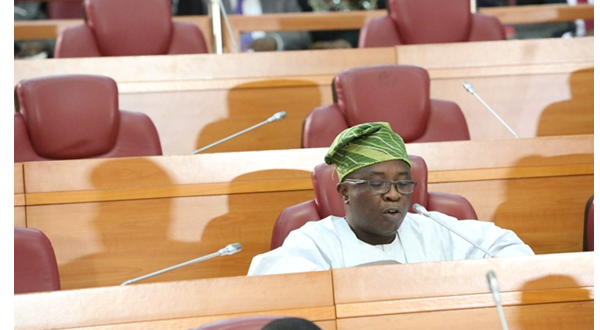 A lawmaker in the Lagos State House of Assembly, Hon. Setonji David has declared that shanties are against the megacity plan of the state government.

The lawmaker, who is the Chairman of the House Committee on Physical Planning and Urban Development, said in an interview that no responsible government would allow a few people to abuse its environment.

He added that the state government is mindful of the accompanying disaster in shanties, which he said could lead to death.

“We don’t want disaster in Lagos State and a lot of people live in shanties in the state.

“Shanties degrade our environment, they affect our environment generally, they are in lowland areas along water bodies and when there is down pour they block canals.

According to Setonji, who is representing Badagry Constituency 2, the state government wants the people to live in a healthy and conducive environment, while advising the people to build their houses in a proper way.

He said: “Go to the lands bureau to verify the authenticity of the land, go to the Ministry of Physical Planning and Urban Development to get the necessary permission and see if it is free.

“Follow the law, the government cannot close its eyes to illegality. If the government does otherwise you would blame the government. Safety of lives of the people is important to the government, which is why we wére elected. So, shanties cannot be allowed to remain in the state any longer.

“The less number of people that visit the hospital the better. So, health is also important,” he stated.