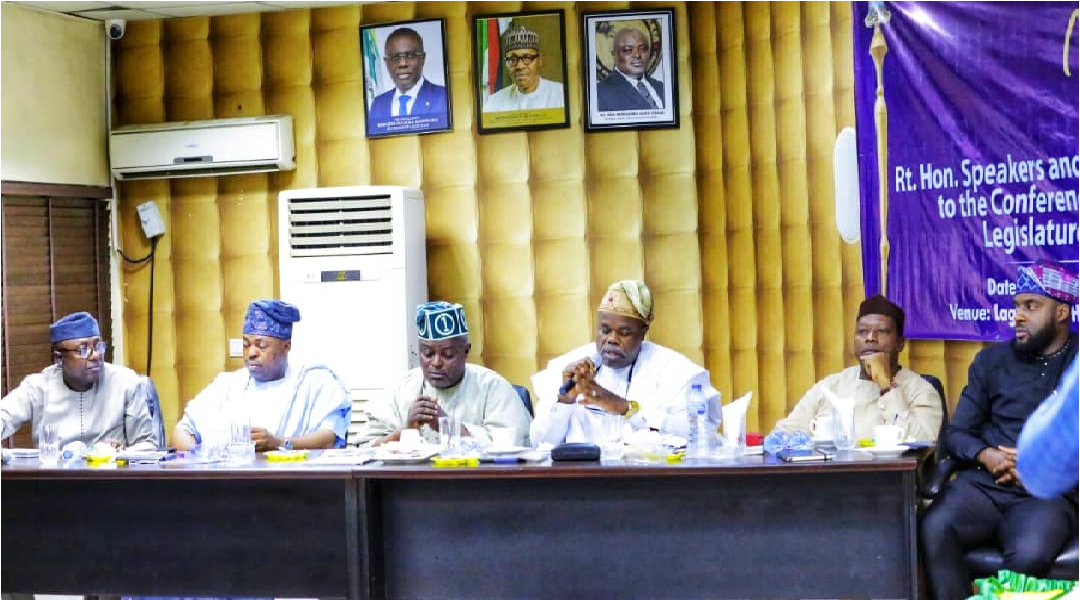 The Conference of Speakers of South West Legislatures in Nigeria on Friday held it’s maiden parley to proffer lasting solutions to the security threat confronting the region.

The Speaker of the Lagos State House of Assembly, who doubles as the Chairman of Conference of Speakers of Nigeria, Rt. Hon. Mudashiru Obasa in his welcome address as the Chief Host of the visiting Southwest Speakers, highlighted issues bothering the peace of the region.

“We are opportune here today to deliberate on Southwest economic and socio-political integration for progress. We know the problems confronting us as a region which includes; kidnapping, theft, arson and herdsmen attacks on our people.

“It is has reached an alarming height and we need to beef up our internal security. All the stakeholders in the Southwest should collaborate to find lasting solutions to the hydra-headed security problems confronting us.

Obasa also noted that the idea of establishing Special Security offices across the Southwest is also in the offing, while urging the Federal Government to be proactive in securing Nigerian Nationals in South Africa against xenophobic attacks.

“I urge the Local Government, State and Federal Government to work assidously to stem the threat to peace.

“There should be speedy action to halt this sad development. We condemn xenophobic attacks in its entirety and we urge our citizens to give peace a chance and not to resort to vandalization of their investments in Nigeria in retaliation to xenophobia in South Africa.”

Speaking with journalists at the end of the parley, the Chairman of Conference of Speakers of Southwest State Legislatures, and the Ondo State Speaker, Rt. Hon. Bamidele Oleyelogun cited the need for integration amongst the political stakeholders in the southwest to evolve even development.

According to him, we deliberated on a lot of issues concerning unity, security threats, and killings in South Africa, which we condemned it in it’s totality.

“We want peace and unity in southwestern states and we had robust debates on what can move our zone forward.”

Commenting on the mode of tackling insecurity in the region, Oleyelogun said, “each of the speakers has to go back to his own domain and have discussions with their Governors and meet with stakeholders to discuss the way forward.”

On how to fund the proposed special security offices to be established across the southwest, he noted that the Governors were ready to support security matter.

“You can not quantify security with money as it involves lives,” Oleyelogun said.