Southern Kaduna: It Is Unreasonable to Kill Because of Religion – Bisi Yusuf

Lagos State House of AssemblyInterviewSouthern Kaduna: It Is Unreasonable to Kill Because of Religion – Bisi Yusuf 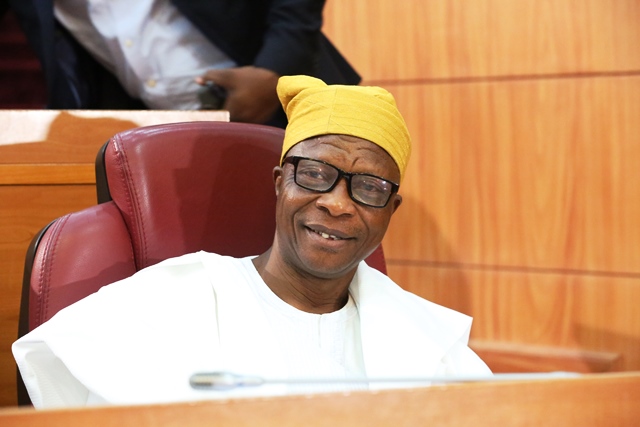 Southern Kaduna: It Is Unreasonable to Kill Because of Religion – Bisi Yusuf

A lawmaker in the Lagos State House of Assembly, Hon. Bisi Yusuf is not happy with the current killings in Southern part of Kaduna State.
In this interview, the lawmaker, who represents Alimosho Constituency 1, urged the people to sheath their swords and embrace peace.
The lawmaker, who is the Chairman of the House Committee on Public Accounts (Local, also condemns the perceived interference in religious affairs by the government and speaks on others matte

My fundamental answer to the question is that be it religious, social or otherwise, I don’t see why we should be killing one another at this particular time. For the Federal Government and the Governor of Kaduna State, I would not say they have not done anything about it. It is not every time that the government speaks without doing something underground. I believe they might have been doing some things underground, but they should accelerate it. Killing is a grave act and it pains me. Most parts of the country are not safe; the militants in the Niger Delta, the Boko Haram in the north and the Kaduna killings are not good for the country. God hates blood shedding and all hands should be on deck to put it in check. I am not happy about the killings at all.

Is this not a challenge to our security in Nigeria and the need for state police?

State police is definitely the answer. The total number of policemen in the country is not enough to protect the number of people in the country. What is the population of Nigeria, over 170 million, and what is the number of police that are employed to take care of them? No matter how benevolent the government of a country may be, when security is not put in proper perspective, there would be problem and the government would not be able to do what they want to do. I am not saying they are not trying, but they should increase the tempo. I heard that they recently employed 10,000 policemen; but will that solve any problem. The Federal Government should allow each state of the federation to have state police.

…I just want to appeal to them not to do that, it is just an appeal.

You once appealed to the Sole Administrators of Local Governments and Local Council Development Areas (LCDAs) in the state to think out of the box. To what extent have they done this?

You would notice that the local councils have improved their Internally Generated Revenue (IGR) and they now concentrate on blocking loopholes. This could not be done once, it is a gradual process. My findings are in the report of my committee, which I would soon submit to the House for debate.

People believe that capital punishment is going out of fashion, but the Lagos State House of Assembly recently passed a law imposing death sentence on kidnappers. Is this not retrogressive?

What do you expect us to do, when kidnapping is driving investors away from the country. Even the Bible and Quran say those who kill should be killed. What the law even states is that it is those, whose captives die in custody that would be killed.

Just recently, the General Overseer of the Redeemed Christian Church of God, Pastor Adeboye stepped down over a directive by the Financial Reporting Council of Nigeria (FRCN) Do you think the government should interfere in religious matters?

I am happy about this question. What does the government have to do with religion. I am a Muslim, but I believe that you cannot use an imperfect law to correct a perfect law. The law of God is perfect unlike that of man. I am not happy about this at all. A spiritually anointed person would continue to function until he dies unless he willingly steps down. His retirement would even be inspired by God; this is my personal opinion. It would make some radical pastors and imams revolt.

Would you advice the religious bodies to go to court over this?

Well, it is left for them. Would you tell the Chief Imam of Mecca in Saudi Arabia to retire. Why would you say somebody should step down as a pastor or imam, when God is still using him? Our President is 74 years old, would anybody ask him not to contest for a second term if he so wishes. Age is a thing of the mind.

Many people believe that the 2017 budget of Lagos State, which is N812 Billion is too ambitious based on past experiences

…That is a fallacy. When we were reviewing the activities of the past year, we discovered that no state government in Nigeria performed like the Lagos State Government. It is not just by mouth, it is physical, the manifestation is there. Everywhere you go, you see that there is new Lagos with a new look. With this year’s budget, you would see the results. Even N1 Trillion is not enough to solve the problem of the state in one year. I know we will get there.