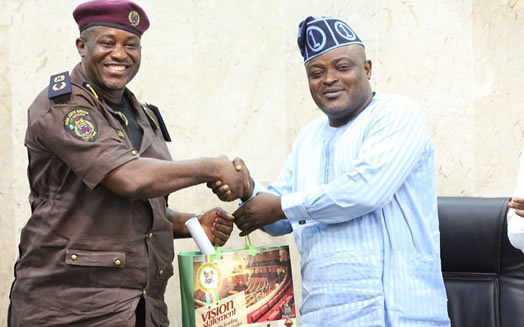 Rt.Hon Mudashiru Obasa and other legislators received members of the Lagos State command of the vigilante group of Nigeria, a registered non- governmental organisation, spread over the 774 local governments in Nigeria. 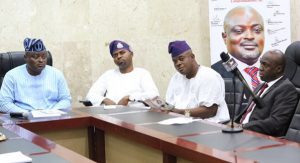 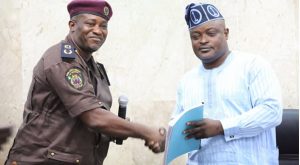 The visit had the Lagos State commander Otunba James Udoma and other members of the state command present.
The Lagos State Assembly’s Speaker Rt.Hon. Obasa commended the group and appreciated their boldness in combating crime. He said ‘I honour and appreciate your boldness in the face of criminality in the state’ he further gave them kudos for standing up voluntarily to support Nigerian Police in combating crime.
Obasa agreed that the police needs support , he revealed that in a bid to support the police, the state government provides security apparatus for effective policing. Noting the shortage in man power, Rt. Hon. Obasa agreed that community policing is in great demand and thus will be supported by the House of Assembly. He further said that it is only in a secured state that the populace can live in peace and tranquility. He urged them to keep up the good work.
The Lagos State commander of V.G.N, Otunba James Udoma presented the needs of the group to the legislators, among which is the need to incorporate other less organised vigilante groups. This, Mr udoma said will allow for training and documentation of all vigilante personnel and eliminate any incident of unaccounted for officers being linked to any crime.
While seeking the Assembly’s support, the group said they believe that the legislators will be steadfast in the course of promoting security in Lagos State. Mr. Udoma said ‘as a proactive House, and with the Neighbourhood bill in place, we are convinced that this House is charting a good course to curb crime in the State’.