Speaker Obasa Gets Double Honours From A Nigerian Institute 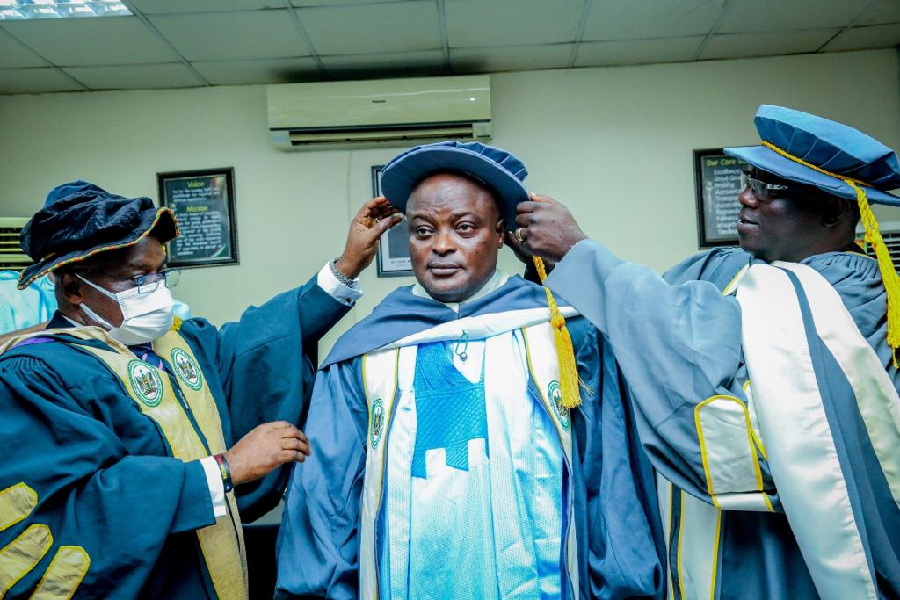 Speaker Obasa Gets Double Honours From A Nigerian Institute

It was double honour for the Speaker of the Lagos State House of Assembly on his 49th birthday as he got a Special Fellowship induction and Platinum award from the Chartered Institute of Local Government and Public Administration of Nigeria.

Top officials of the institute arrived the Assembly just before the resumption of plenary activities on Thursday after which the twin honours were bestowed on the Speaker, a statement by Eromosele Ebhomele, his Chief Press Secretary, said.

Speaking on behalf of the institute during the investiture, Dr. Uche Okereke, its Registrar, said the professional body had taken enough time to study Obasa and his successes as a legislator and administrator.

According to Okereke, Obasa had shown over time that he has a serious grasp of governance with his focus on pro-people legislations that had helped to grow Lagos and impacted positively on Nigeria.

He added that the Institute was satisfied with the way the Speaker had led the Assembly, his efforts to sustain democracy in Nigeria as well as his understanding that the people are the focus of governance. 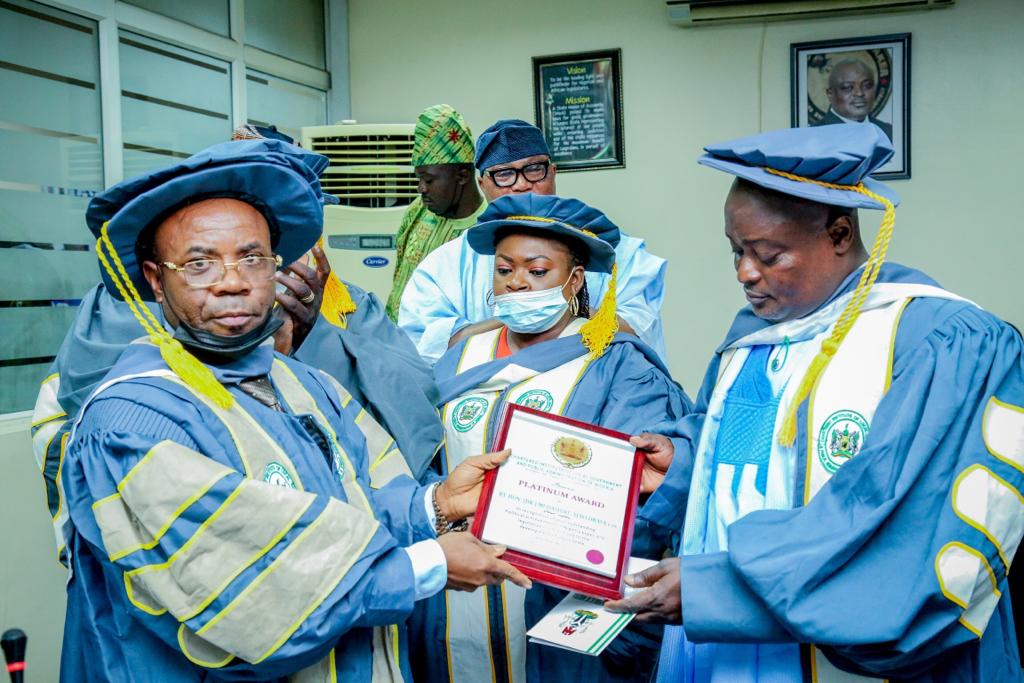 He said the Speaker was the first to be honoured with the Platinum award of the Institute in Lagos and the second beneficiary in the Southwest.

“We congratulate you and we wish to be associated with you in your desire to ensure that the Lagos State House of Assembly provides that needed leadership in a democracy.

“The council of the Chartered Institute of Local Government and Public Administration of Nigeria has resolved that the Fellowship of the Institute, FCPA, be conferred on Rt. Hon. Mudashiru Ajayi Obasa, and equally conferred on him the prestigious Platinum award of the institute.

“He is the first recipient of the award in Lagos State and the second in the entire Southwest.

“On behalf of the management of the council and members, I hereby congratulate you on this occasion,” he said.

Part of Obasa’s citation shows that the annual constituency stakeholders’ meeting he initiated as Speaker had resulted in major policies and infrastructural developments across Lagos State.

“Very passionate about the delivery of good governance, Obasa has personally initiated a number of private-member bills which have been passed into law.

“Among these are the Neighborhood Safety Corps bill, the Anti-Kidnapping bill and the Cancer Research Institute bill,” it stated.