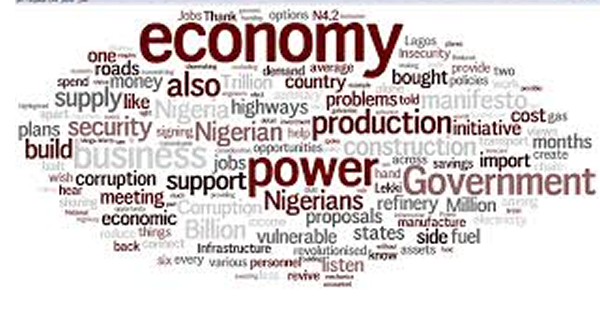 Speaker of the Lagos State House of Assembly, Rt. Hon. Mudashiru Obasa has urged the elites in the state to be part of governance by participating in stakeholders meetings rather than criticising the activities of the government.
It will be recalled that the Assembly organised its third Stakeholders Meeting on Friday 6th October tagged; “True Representation and Accountability,” across the 40 constituencies in the state.
Commenting on the meeting before the collated reports from the constituencies were passed to the state government for inclusion in the 2018 budget during plenary on Tuesday, Obasa said that the meeting was a necessity.
“I appreciate you all for the success of the stakeholders meeting. The essence of being here is to represent our people and give them what they really want.
“We want to thank the Clerk of the House, Mr. Sanni Azeez and the entire staff of the House as well as the journalists for the success of the programme and wide publicity.
“I would like to enjoin the elites to be part of meetings like this rather than staying back and criticising the government. This is an opportunity for them to express their views on areas, where they want the government to focus on,” the Speaker said.
The Majority Leader of the House, Hon. Sanai Agunbiade had earlier brought the issues of the stakeholders meeting to the notice of the House.
Agunbiade said that the programme was a tremendous success and that it was commended by a lot of people, adding that it has enhanced development in the state.
In his contribution, Hon. Rotimi Olowo from Somolu Constituency 1 said that the edition recorded an unprecedented success, and that Lagos came alive on the day.
Olowo, who is the Chairman of the House Committee on Budget and Economic Planning, added that the report should be collated soon and sent to the state government for inclusion in the 2018 budget.
Also, the Deputy Speaker of the House, Hon. Wasiu Sanni Eshinlokun observed that the time of the meeting should be adjusted so that the state government could have an ample time to work on it before a budget year.
Another lawmaker, Hon. Moshood Oshun from Lagos Mainland Constituency 2 stated that the meeting is an inclusion of people in governance.
He stated that the success of last year’s edition contributed to the success of the one of this year and that it should be replicated at the federal level.
Hon. Bisi Yusuf from Alimosho Constituency 1 commended the Speaker of the House for the initiative, while adding that the House should ensure that the executive arm of government includes the recommendations in the 2018 budget.
The Speaker then ordered the Clerk of the House, Mr. Sanni Azeez to pass the bounded copy of the report to the state government after a motion by Hon. Agunbiade and this was supported by the Deputy Chief Whip, Hon. Omotayo Oduntan.