The Easterners Have No Reason To Leave Nigeria – Makinde 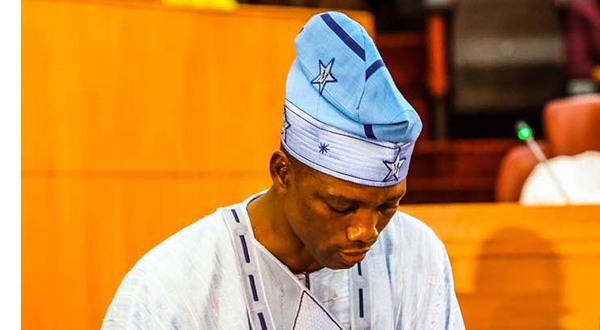 The Easterners Have No Reason To Leave Nigeria – Makinde

The South Easterners have been cautioned to jettison the idea of leaving Nigeria to form Biafra.

Hon. Rasheed Makinde insisted in this interview he granted us recently that the Igbos are not being marginalised.

Makinde, who is from Ifako/Ijaiye Constituency 2, advised the Igbos to retrace their steps and give peace a chance.

He speaks on other matters of interest in the interview.

The agitations by the South Easterners have been on the rise, especially by the Indigenous People of Biafra (IPOB) and the Federal Government is resisting them. What is your view on this?

The agitation of the Easterners to break away from Nigeria is uncalled for. What is happening in Nigeria is not peculiar to a particular state, region or religion, it is all over. If you check your statistics, you would see that the South Easterners are spread all over the country. There is no state or local government that you would not find them. If they are calling for secession, I don’t know what they want to achieve. It means all their people would have to relocate to their States and in the states, will those there accept them. By nature, the Igbos are entrepreneurs, they are enterprising in nature. You would find them everywhere. I don’t really know the cause of their agitation for secession because since the enthronement of this democracy, the Igbos have been the most beneficial. At least, they have produced more senate presidents than other regions. You have Evans Enwerem, Chuba Okadigbo and Ken Nnamani. Today, they have the Deputy Senate President, Ike Ekweremadu, and they have others serving in this government. May be when they come out with the reason they want to go, we might agree with them.

Also, by saying they should not go, we are giving them undue recognition, we should allow them to go and give them just six months, they would want to come back to Nigeria. Our problem in Nigeria is that only a few people are sharing our resources. The most backward region in Nigeria are the northerners. The Easterners are still better off, I would rank them second among the six geo- political zones in Nigeria coming after whoever we say comes first in terms of welfare. I mean standard of living, development and their placement.

People have criticised Operation Python Dance, and they are saying that the government should dialogue with IPOB?

Operation Python Dance is really strategic to calm down the agitation of the Easterners. We Nigerians enjoy the civilian government, if it were to be under the military, they would have run away because you cannot dare them. That would have resorted to casualties. The government could not fold its arms and allow the IPOB to have a field day, they would find a way to destabilize them and their organization. If the Igbos really want to go on their own way, it should be in a civilised way. What Nigeria signed is to be together for 100 years and we have surpassed that. So, they should be civilised if they want to go.

The constitutional conference is for us to have a better basis for issues in the country. A sovereign national conference is not a law. It is just an avenue for memoranda, it is not binding. All the ones we have been having could be basis for the present government. What we need is economic restructuring. We should dwell more on our economy and not politics. If this government could work more on economy and agriculture, Nigeria would be better for it. The steps they are taking now by linking the country together through rail lines is commendable. If we are well linked, it would ease mobility. People can live in Abia State and work in Lagos State, it would not take them more than two or three hours to get here from there. This would open up a lot of opportunities across the country. A lot of people are going into that. If the Easterners could take advantage of their fertile land and dwell more on that, it would be better. If their people are gainfully employed, they would not be interested in a revolution. Sovereign National Conference is just an advisory body. All of us know our problems, only that we are good in theory and not practical in this country.

The issue of economy comes to mind, do you think we should continue with our strategy or change it?

I cannot talk more on what is happening at the national level, those at that level can talk on that. The major issue is that we have a lot of saboteurs, but this is being handled by the current government. You would see that electricity has improved and fuel scarcity is out of our memory now. What we are really battling with is a global phenomenon in form of recession, but Nigeria is getting out of it. I think more powers should be given to the states so that individual states can empower their people. The government is really performing at the state level in Lagos State. We have enabling laws and our executive is doing their best, we work more and talk less in Lagos State.

People believe that the state assemblies tilt towards the executives in the states since they are mostly in the same party, what is your experience like?

I would tow your line if you say that because the manifestoes of the party are the same and that is what we are following. If we are following this, there is no room for unnecessary rancour.

How do you see the intervention of party leaders in political affairs as this usually affect projects?

If it happened, it might be in the past. This current government has no room for that.

The worst civilian government is better than the best military government. In 1980, when Alhaji Lateef Jakande was the governor, they had a 30-year master plan amongst which was the metro line that cut across the state. At that time, he identified 15 areas that covered all the spheres of life. But unfortunately, when the military came in, all these were jetissoned and the plans were affected. In 1999, when Asiwaju Bola Ahmed Tinu became the governor of the state, he thought of what to do to restore the master plan of the state and, we started having component plans instead of master plan. This varies from one local government to another, then Badagry and others had master plans. This current government has Ikorodu masterplan, Oshodi/Isolo masterplan and Epe Model plan. All these can now form a composite plan, which we can now call a regional plan.