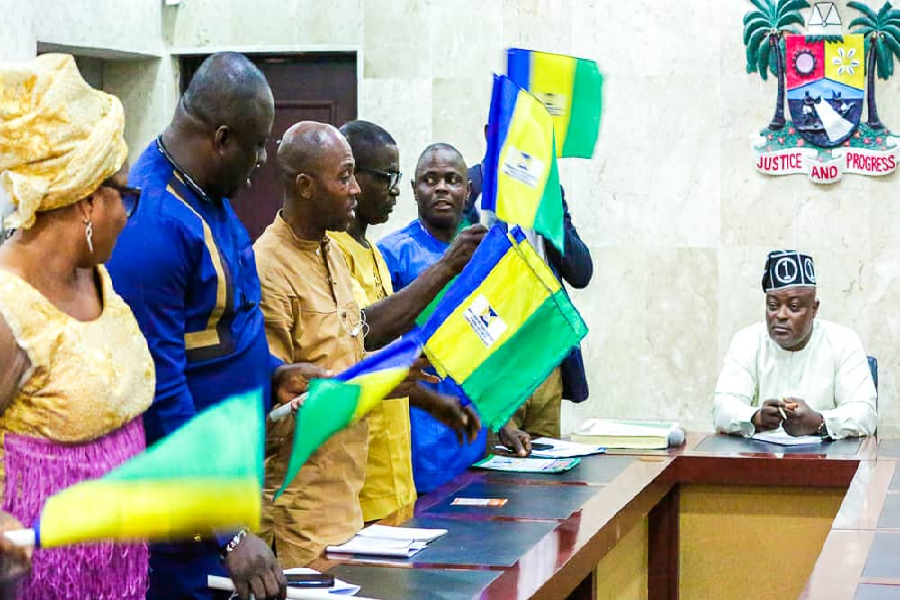 Rt. Hon. ( Dr ) Mudashiru Ajayi Obasa, Speaker, Lagos House of Assembly and Chairman of State Legislatures in Nigeria has advised traders in the state to come together and have a common power supply for their market rather than having individual generating sets that usually lead to incessant fire outbreak in the market.

Obasa made this statement while responding to requests of members of Market Leaders And Traders Association of Nigeria Lagos Chapter led by their president, Comrade Christopher Okpala, who paid him a courtesy visit on Tuesday, February 11, 2020.

Obasa said having a common source of power supply to serve the whole market will go a long way to curb incessant fire outbreak in our markets which has been of a huge loss to the traders themselves.
He also advised the traders to constantly liaise with the Local Government Councils and Neighborhood Safety Corps in their areas of operation to stop the problem of blocked drainage and insecurity particularly those caused by hoodlums.

He further implored them to also help the government by paying their taxes as at when due.
The President of Market Leaders And Traders Association of Nigeria Lagos Chapter, Comrade Christopher Okpala in his opening address said they have come to pay the speaker a courtesy visit and present to him an award of Extra-Ordinary Ambassador of Commerce.

The traders also said they have named their 2020 edition of their football competition Rt. Hon. Mudashiru Obasa Traders Cup.

Also present at the occasion are Hon. Olawale S. Olayiwola (Mushin 2), Hon. Sanni Okanlawon (Kosofe 1), Chief of Staff to the Speaker, Hon. Saka Fafunmi and others.