To make Lagos greater in the coming days, elected officers must unite – Obasa 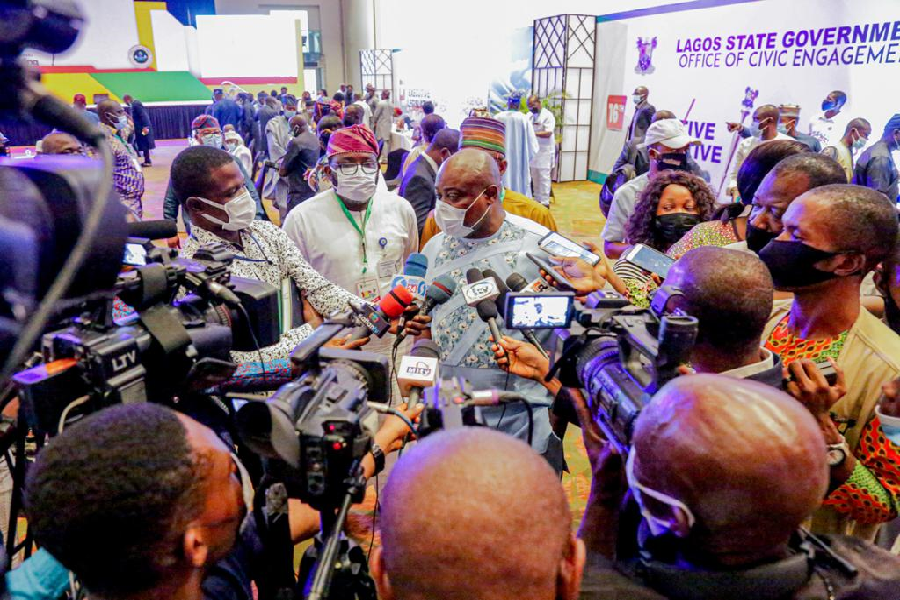 To make Lagos greater in the coming days, elected officers must unite – Obasa

The Speaker of the Lagos State House of Assembly, Rt. Hon. (Dr) Mudashiru Obasa, on Friday urged all elected and appointed officials of the state to unite for Lagos to be greater.

Speaker Obasa said this at the ongoing 16th executive-legislative parley holding in the state with the theme: A Consensus Agenda for Rebuilding Lagos.

“You will all agree with me that the necessity and significance of this parley is explicit enough. More than ever before, the elected and appointed public office holders of Lagos State at all levels must bond together and work in the best interest of the state with a common vision, a common mission and, of course, a common passion.

“This has become imperative if we are to effectively meet the immense responsibilities that lie on our shoulders as leaders of a global mega city like ours,” the Speaker said.

While recalling how the protest ended in wanton destruction of properties in Lagos, which overtime has become the economic hub of Nigeria, Obasa noted that it affected lives and livelihood. He added that government facilities were not spared.

“I remember visiting some parts of Lagos then such as the Lagos High Court, BRT Oyingbo Terminal, Fagba, Isokoko and Pen Cinema Police Stations, Oba Akiolu Palace, City Hall and Public Works Corporation, in company of members of the Lagos House of Assembly. The level of ruins in all these places mentioned was beyond imagination.

“As we are all aware of the fact that Lagos State is the economic powerhouse of the country, there is the need to do everything possible in rebuilding it after the unprecedent carnage.

“I know that efforts have been in top gear to address the issue of rebuilding Lagos state since last year. But this is the very first time both the legislative and executive arms of government in the state will be coming together to address this issue.
“In the light of this, harmonious working relationship among the three arms of government in a state like Lagos is the only factor that will create the enabling environment and momentum needed for this APC-controlled state to live up to its promise of moving Lagos State to the next level of growth and development,” the Speaker added.

Obasa further urged the participants to be aware that rebuilding Lagos requires a holistic collaboration among all the arms of government in the state.

“We need to remind ourselves that the period of brooding over the devastation suffered by our state in the violence that trailed the hijack of #ENDSARS protests is now in the past. All hands must be on deck to fully recover our dear state and take it back to its place in terms of infrastructure, and repair the fortress of commerce battered by the destruction.

“As such, it is gratifying to note that the focus of our discussion for the 16th Legislative-Executive parley is on the right track towards a greater Lagos. We cannot agree less on this because it is on the record that one of the most positive signals from Governor Sanwo-Olu’s administration is that he has not allowed the wheels of governance grind to a halt. And this has kept the state stable and peaceful and kept people wondering what the magic has been since his assumption of office,” the Speaker said.