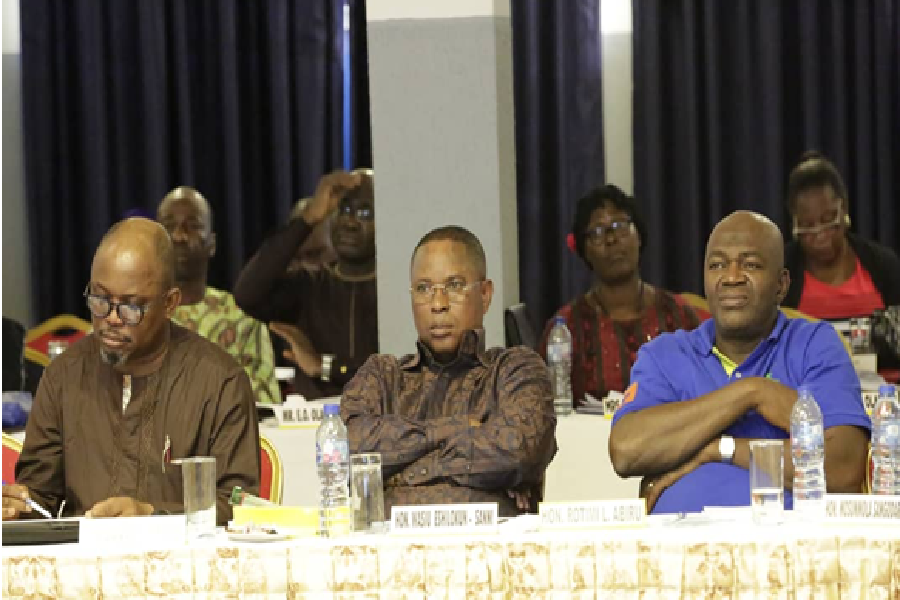 The Speaker of thr Lagos State House of Assembly, Rt. Hon. Mudashiru Ajayi Obasa has said that comprehending what budget process constitutes was necessary for the oversight functions of the lawmakers.

Obasa made this disclosure in his keynote address during the opening ceremony of a 3-Day Budget Retreat organised by the Assembly in Abeokuta, Ogun State.

“Comprehending what budget process constitutes is germane to our daily oversight functions. While we may not be new to basic components of budget, it is a matter of importance that we refresh our understanding about budget implementation

“This need is as important as the need to apply all the components to the development, monitoring and implementation of the budget,” Obasa explained .

The Speaker who was represented by the Deputy Speaker, Hon. Wasiu Sanni-Eshinlokun, in his address, harped on the importance of budgeting and money management to living a debt -free life.

“One of the most difficult situations people face in life is financial difficulties.

“The main reason for this is poor budgeting. Often times, people are not taught how to budget early enough in life to understand how important good money management is to living a debt-free life,” he said.

The Clerk of the House, Mr Azeez Sanni, earlier in his welcome address said that the retreat was organised to assess the financial position of the state and explore ways of achieving a realistic year 2020 Budget.

Sanni said that the retreat would be reviewing the extent of the implementation of the year 2019 Budget, and analysing the viability of the year 2020 Budget proposal.

The Clerk said that this would be achieved towards making informed position and exploring the best ways to implementing same to meet emerging challenges of the state.

“In line with the constitutional responsibilities of the House, the appropriation bill has gone through the second reading and stands committed to the relevant committees of the House for further legislative action.

“Considering the combined and determine vision, aspiration and commitment of both the House and executive of arm of government ensuring a rapid transformation of the state. This is the most particularly in the realistic fulfilment of campaign promises to the citizens,” he said.

Hon. Wasiu Sanni -Eshinlokun (rep Lagos Island I) who was also speaking in his own capacity as the Deputy Speaker of the House, explained the significance of the budget retreat, he said the retreat became necessary to focus on budget preparation, implementation and monitoring as the state government is moving from not just development but to tranformative leadership.

“Do not forget budget is a proposal and a forecast which can be disrupted by so many factors, that is why it is necessary to diligently follow the implementation through continuous international and external control”, he said.

The Chairman House Committee on Budget and Economic Planning, Hon. Gbolahan Yishau (rep Eti-Osa II) responding to questions from journalists on whether there is need for the house to step up her game on oversight functions so that the public would not be seeing her actions as witch-hunt or after-thought, like in the case of former governor Akinwunmi Ambode and the Chairman of Ifako-Ijaye Local Government, Apostles Toba Oke who was just suspended by the house on Friday for money misappropriated since year 2012.

The lawmaker explained that the house does not do anything in retrospect as the house always raise those issues as they occur.

“The Speaker have said it and I am sure you heard him, most of these issues we raised them as they occur and we ask for information, sometimes, the information does not come on time, maybe the executive was stalling, you know the bureaucracy of government, but we always raise them as they happen.

Demoncracy is an environment that gives fair hearing, proper investigation must be done. Sometimes you see Police even in other climes investigating a case for 10, 20 yeears, so if the executive is not cooperating it will drag things, nothing is done in retrospect here, that much I can asure you”,Yishau maintained.

On if there is a mechanism to measure effectiveness of such training programme so it does not become another episode in the litany of legislative rituals, Yishau said budget performance was the parameter to measure.

The best way to measure is performance, for instance, if we are able to ensure that this budget perform to maximun percentage using Key Performance Indicators KPI, then, the training is effective.

We had a lot of problems in the last administration as to staying within the budget and that has really derailed measuring performance indexes but I am sure we will get it right with this new administration “, he said.

In line with Hon. Yishau’s position, Hon. Bisi Yusuf (rep Alimosho I) also expressed optimism that the house may not likely have problem with the new administration regarding budget implementation.

“Governor Babajide Sanwo-Olu have started well, if he continues like this ,we may not have problem with him in the area of budget implementation and in delivering the dividend of democracy to the good people of Lagos state unlike in the last administration”. Hon. Yusuf said.

The Resource Person, Rev. Olusoga Badejo who spoke on the topic;”An Overview of Budgeting Process “‘, quoting from Section 121(1) of the 1999 constitution as amended, explained that a budget becomes a legal document upon preparation and approval and must be implemented as such.

He however, noted that an effective budget planning can never take the place of executive ability in terms of performance, therefore, good budgeting must be matched with good administrative ability for success to be achieved.

Badejo said government cannot afford to do things with impunity which is an advantage of budget. He explained that budget retreat helps to understand the effective control of the activities of every ministry and department.