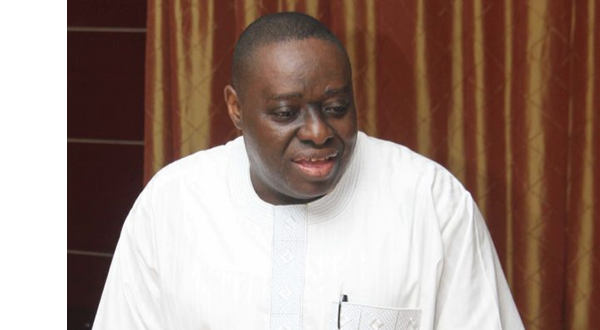 The Speaker of the Lagos State House of Assembly, Rt. Hon. Mudashiru Obasa has condoled with the staff and management of the Punch newspaper over the death of its Chairman, Wale Aboderin, saying that the Nigerian nation will miss the versatility of the man who died at the age of 60.

In his condolence message released on Friday and signed by his Chief Press Secretary, Musbau Rasak, the Lagos Assembly Speaker also condoled with the Aboderin family of Ibadan over the death of their son.

“He was such a versatile man. Apart from being the Chairman of one of Nigeria’s leading newspapers, the Punch; he was not also a basketballer he also owned a basketball team, Dolphins, which have represented the country in many international competitions; while he also owned a musical band, the Rapture,” he said.

The Lagos Assembly Speaker noted further that during his time as the Chairman of Punch newspaper, he has improved the standard of the paper while the Dolphins Basketball Club he founded, funded and presided over won many national and international competitions.

“Indeed, Nigeria will miss his resourcefulness and versatility which had contributed in no small measures to nation building,” Rt. Hon Obasa said.

“On behalf of my colleagues at the Lagos State House of Assembly, I condole with the Aboderin family of Ibadan and the management and staff of the Punch newspaper on the loss of this illustrious Nigerian,” Rt. Hon. Obasa said