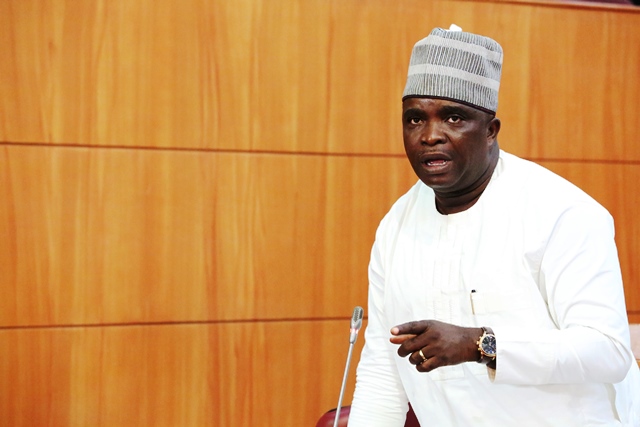 The Chairman, House Committee on Works and Infrastructure, Hon. Abiodun Tobun, on Wednesday said the Lagos State Government is passionate about turning the state to a mega city in the nearest future.

Tobun, who is a member of the state House of Assembly representing Epe Constituency I, added in an interview that the state has all it takes to achieve this and that the residents of the state should comply with the state government by ensuring that the state is free of slum and shanties.

“It is unfortunate that what you tell people that is bad and unlawful are the things some people like doing. People like trading on highways against the law.

“People like riding on the rooftops of moving train in spite of warnings against such action. People are told not to take one way, this is the same thing they keep doing.

“For any child to grow in that kind of environment, the psyche of such a child will be different entirely from those of others, living in shanties without interfacing and interacting with people outside such setting is not good for the system.

“This kind of place harbours criminals; it destroys the aesthetic values of the state. Diseases are bred in these places, and the environmental impacts and security threats of the places are numerous.

“People are living there illegally. Do we now have to legalise illegality? I sympathise with the people living in the waterfronts since some of them have been living there for a long time but they cannot be living in places till eternity. It is not ideal,” he said.

According to the lawmaker, residents of the slums in the waterfronts can get cheap land in Epe and Ikorodu areas of the state, where they could live a normal life.

He, however, decried what he called the mad rush and migration of people into the state, when they don’t know where they could stay; stressing that most of the people they left in the villages had moved up in life, while the slum dwellers are still struggling in Lagos.

“Must everybody leave their communities and villages to come and roam aimlessly in Lagos? Many abandoned their fathers’ houses to live under bridges in Lagos. These are men and women that could have stayed back in their villages to engage in farming to succeed.

“Many of these people join criminal groups and some of them had been caught and killed; whereas their colleagues, who engage in farming in the villages have moved on,” he said.

The lawmaker then urged the government to engage the affected waterfront slum dwellers in discussion and provide re-settlement centres for them on compassionate ground, saying that “what is not good is not good.”