WE NEED A UNITED FRONT MORE THAN EVER BEFORE – OBASA ON JUNE 12 DEMOCRACY DAY.

Lagos State House of AssemblyMediaWE NEED A UNITED FRONT MORE THAN EVER BEFORE – OBASA ON JUNE 12 DEMOCRACY DAY. 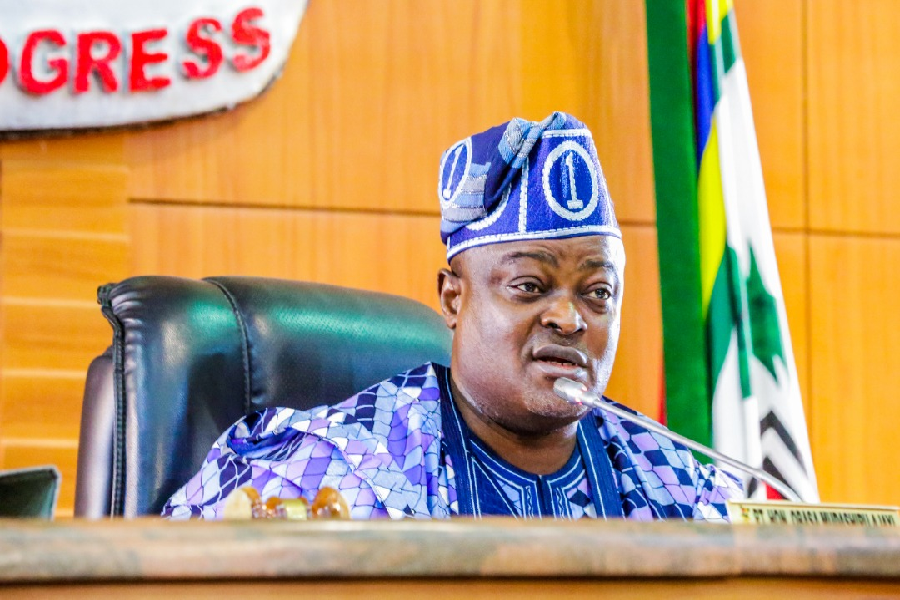 WE NEED A UNITED FRONT MORE THAN EVER BEFORE – OBASA ON JUNE 12 DEMOCRACY DAY.

The Speaker of the Lagos State House of Assembly, Rt. Hon. Mudashiru Obasa, has said Nigerians need a united front more than ever before at this crucial period of our evolution as a Nation .

According to Obasa, Nigeria can hardly achieve anything positive without the unity of purpose of its citizens.

Obasa, Chairman of the Conference of Speakers of State Legislatures in Nigeria, said this in commemoration of this year’s celebration of the June 12, 1993 election, popularly acclaimed to have been won by the late Bashorun Moshood Abiola.

The Speaker noted that June 12, 1993 would remain in the hearts of Nigerians as the day the country’s citizens took their destinies in their hands with hope of a better future even though their collective decision was truncated by the military.

“There is no arguing the fact that the collective hope we all have today has its foundation on the June 12, 1993 election and the struggles that followed its annulment.

“As we commemorate that day again, we must remember the Nigerians who became victims just for democracy to be born in 1999. Many students lost their lives, senior Nigerians and leaders died. Many were maimed. Others have continued to bear the heartbreaks that came with the debacle . They remain our heroes.

“For the sake of these many, including Late MKO Abiola, the winner of the presidential election, his wife, Late Kudirat Olayinka Abiola, and several human rights activists, who went just to see us survive till this time, we all need to constantly remain conscious of our actions, love ourselves and our country and do only those things that would sustain our historical and democratic existence.

“June 12 was a manifestation of unity, an election during which Nigerians jettisoned the primordial sentiments of ethnocentrism and religious bigotry,” the Speaker said.

Obasa also commended notable leaders in the country including the National Leader of the All Progressives Congress (APC), Asiwaju Bola Tinubu, for their sacrifices, steadfastness and passion for the sustained growth and development of the country as well as for jealously protecting the democracy being enjoyed in the country today.

He thanked President Muhammadu Buhari for finally recognizing June 12 as the real democracy day as a reminder that Abiola sacrificed his life for the country.