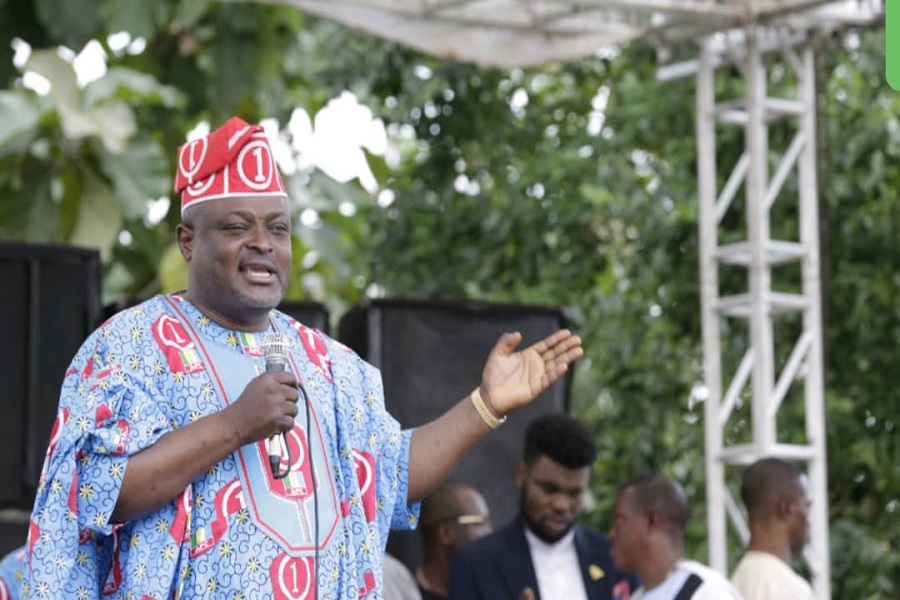 Speaker of the Lagos State House of Assembly, Rt. Hon. Mudashiru Obasa has given an assurance that the lawmakers in the Assembly would cooperate with Governor Babajide Sanwo-Olu of the state and the executive generally for developmental purposes.

Obasa, who emphasised that the House would not be a rubber stamp, stated that the people of the state deserved the best at this time.

The Speaker was speaking at Agege APC Victory Party, which held at the NYSC Camp Ground, Iyana Ipaja, Agege, Lagos State on Sunday 21st July, 2019 to appreciate the people for supporting the party in the last general elections.

“Let me remind us all that it is time to work. Let us make sure we fulfill all our campaign promises.

“Our Governor, Mr. Babajide Sanwo-Olu has started well and he has promised to visit Pen Cinema area in Agege and see the ongoing bridge project there and ensure it’s completion.

“I saw men of the Public Works Corporation (PWC) working recently and I am impressed. I want to assure the Governor that we will support him as lawmakers though we will not be rubber stamps.

“I want to urge the people of Lagos State to pay their taxes so that the government and the Governor can succeed.

“Also, we must all know that insecurity is not the job of the police alone, it is the work of everyone of us,” he said.

Obasa however, thanked the people of Agege for their constant support for him and the party at the polls over years.

He stressed that his success at the polls since 1999 could be traced to the people of Agege Local Government area who he said had been supportive of him over the years.

He said: “I thank everyone for being here including our lawmakers, local government chairmen and others.

“We are one in Agege, we thank everyone in Agege. The essence of coming here today is to appreciate everyone of you.

“We have held many elections in Agege and we have not lost one. We just want to celebrate you. The celebration is for Agege people, I cannot thank you enough.” 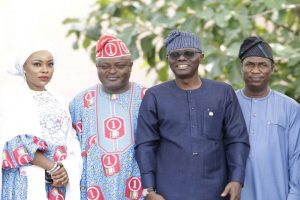 Governor Babajide Sanwo-Olu, who was at the event with the Deputy Governor of the state, Mr. Kadiri Obafemi Hamzat expressed his appreciation to the people of Agege and promised to ensure development all over the state within the next four years.

“We will repair your roads, give you schools and health facilities in Agege area of the state.

“We have started development projects all over the state and we will ensure development in all areas of the state through road construction, healthcare and provision of infrastructure in our schools.

“We appreciate the people and leaders of Agege for their support for the party and for the Speaker.

“There are no leaders without the people. Your leaders are good leaders because of your support for them. I am happy that you have this kind of leaders. Agege is up there, we will not deprive you of all that you deserve,” he stated.

In his speech, the Lagos State APC Chairman, Alhaji Tunde Balogun said that it was a day of joy for the APC as they rejoiced with the Speaker of the Lagos State House of Assembly.

Also speaking, Hon. Samuel Babatunde Adejare, representing Agege at the Federal House of Representatives, thanked the Governor for his presence, adding that everybody was happy that he graced the occasion.

Adejare, who represented the National Leader of the party, Asiwaju Bola Ahmed Tinubu at the event, revealed that Tinubu was absent at the event due to other pressing matters.

In his speech, Hon. Yinka Ogudimu, representing Agege Constituency 2, said that the victory was for everyone, while promising that the members of the state house of assembly would do what they ought to do.

He added that they would follow the footsteps of Asiwaju Bola Ahmed Tinubu, and that there was no division in Agege.

In his comment, Hon. Abiodun Tobun, representing Epe Constituency 1 in the Assembly, also expressed happiness with the event.

“We are happy to celebrate with the Speaker of LSHA, Rt. Hon. Mudashiru Obasa..

“He has been in the Assembly since 2003, this is his fifth term. He is experienced and he has worked with three Governors successively.

“He will definitely perform based on his experience over the years.

“The people of Lagos State should expect the best from the 9th Lagos State House of Assembly under the leadership of Rt. Hon. Mudashiru Obasa,” he said.

This was corroborated by Hon. Bisi Yussuf, representing Alimosho Constituency 1 in the Assembly, who assured that the people of Lagos State would get the best from the Assembly and the state government generally.