We Will Continue To Agitate For Special Status For Lagos – Obasa 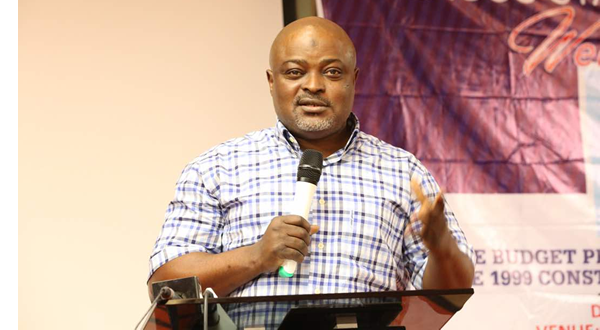 We Will Continue To Agitate For Special Status For Lagos – Obasa

Speaker of the Lagos State House of Assembly, Rt. Hon. Mudashiru Obasa has assured Lagosians that the Assembly will continue to agitate for special status for the state and other amendments that are beneficial to the state in the on-going ammendment of the 1999 constitution of the Federal Republic of Nigeria.

Obasa gave the assurance while answering questions at the opening of a-4 day retreat on the budget process and an overview of the 1999 constitution amendment organised by the Assembly for lawmakers and staff of the Assembly at the Park Inn by Radisson in Abeokuta yesterday.

He expressed optimism that the agitation will pull through, “I am sure the agitation for special status would be achieved because we deserve it; it is not just for political reasons or any other thing but because of the status of Lagos in this country and in West Africa.

“I am sure the current administration will see reasons behind this demand and agree with us that we deserve what we are asking for”, Obasa said.

According to the Speaker, other areas of amendment the Assembly is working on which are very crucial to the state apart from special status and devolution of power to states are “motor plate numbers, issuance of license, waterways and so many other areas that are crucial to us. These are sources of revenue for Lagos State,” Obasa said.

He further assured Lagosians that in 2018 the Assembly will continue to improve their standard of living through legislation, resolutions and other ways through cooperation with the executive “so as to raise the bar in Lagos State”.

He said the retreat is to creat a better understanding of the budget process among the lawmakers and staff especially as the governor will soon present the 2018 budget to the House.

Earlier In his welcome address, the Clerk of the House, Mr. Azeez Sanni said that the retreat is to enhance understanding of participants, share ideas and discuss critical issues relating to budget passage “to ensure that they are well grounded n the budget process by sharpening their skills and exposing participants to the technique of budgeting to improve transparency and accountability in governance”, Sanni said.

Throwing more light, the Acting Chairman of the House Committee on Information, Security and Strategy, Hon. Tunde Braimoh said, “the exercise is to articulate and evaluate the position of Lagos State in the on-going constitution amendment process and also to develop or devise plans of how to engender the support and collaboration of other states in some areas so that we can influence the way the votes go”, Braimoh said.

Also speaking, the Acting Chairman of the House Committee on Budget and Economic Planning, Hon. Rotimi Olowo said that the state expects a better 2018 with improvement in the price of crude oil and increase in oil production as well as expected increase in revenue from taxes. All these, he said, will translate to more revenue for the state.

Adding that the shortage in revenue generation in 2017 as a result of the recession and downturn in economic activities globally resulted in shortfall in expenditure and consequently the execution of projects and plans in 2017.