We Will No Longer Tolerate Illegal Structures In Lagos – Setonji 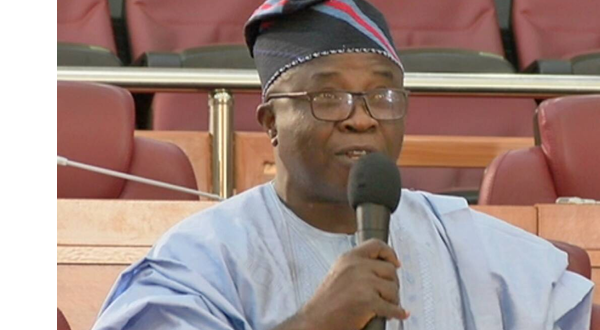 We Will No Longer Tolerate Illegal Structures In Lagos – Setonji

The Lagos State Government will continue to demolish all the illegal structures in the state as they are constituting nuisance and aiding flooding in the state.
Speaking in an interview, acting Chairman of the House Committee on Physical Planning and Urban Development, Hon. Setonji David stated that all the buildings that were recently demolished in the state were illegal.
“Those buildings you are referring to are illegal. They are illegal in the sense that they do not have the necessary approvals.
“Most of the areas, where the buildings are located are flood prone. We want to ensure that every development conforms with physical planning and urban development laws in the state,” he said.
David, who is representing Badagry Constituency 2 in the assembly, stressed that the government would not compensate owners of illegal structures that are demolished since, according to him, they did not conform with the laws of the land.
The lawmaker then urged the residents of the state to ensure that their buildings were approved, saying that the government wanted to to ensure proper planning to avoid the kind of challenges the state is having now.
“So let us stop those kind of things where people build without approvals.
“Interestingly, the Ministry of Physical Planning and Urban Development has offices in virtually all the local government areas in the state.
“You can go to the office to find out the procedures of building and be law abiding. The ministry is monitoring, before you start constructing any structure, get in touch with the relevant ministries.
“You have to find out the kind of buildings you can build there. If there is need for demolition, we will do it,” he said.
On the problem associated with the health of the people living in riverine areas, especially in Badagry, David said that the Lagos State Government has been doing a lot and that there are health centres all over the state.
He added that the state government is embarking on advocacy to educate the people on simple hygiene, and that the prevalence of malaria has been reduced in the state.
The lawmaker then used the opportunity to reiterate the need for the provision of more schools and roads for the people of Badagry.
According to him, “We have challenges of schools in my constituency. From Magbon to the nearest school on Oko Afo is about 10 kilometers.
“We don’t have enough primary and secondary schools in my area.
“We have a lot of problems all over the state and the government cannot solve them at the same time, which is why they do some today and others tomorrow.”
He berated the Federal Government, which he said has abandoned the state as a former federal capital of the country.
The politician emphasized that the state has been coping with the attendant population that comes with being a federal capital.
He added that the state ought to have a certain percentage of what accrues to the federal government for development purposes.
“But we don’t have that kind of support from them. We have a lot of federal roads in the state, but it is the state government that is maintaining or building them.
“Look at the road to Apapa Port, where they are making a lot of money, it is in a bad shape.
“Same goes for the road that leads to Badagry, and these are federal roads, yet the Federal Government is not doing anything about them.
“The Federal Government ought to come to our aid. The roads have been there for years, they should know that the state is playing a significant role as a former capital of the country,” he said.