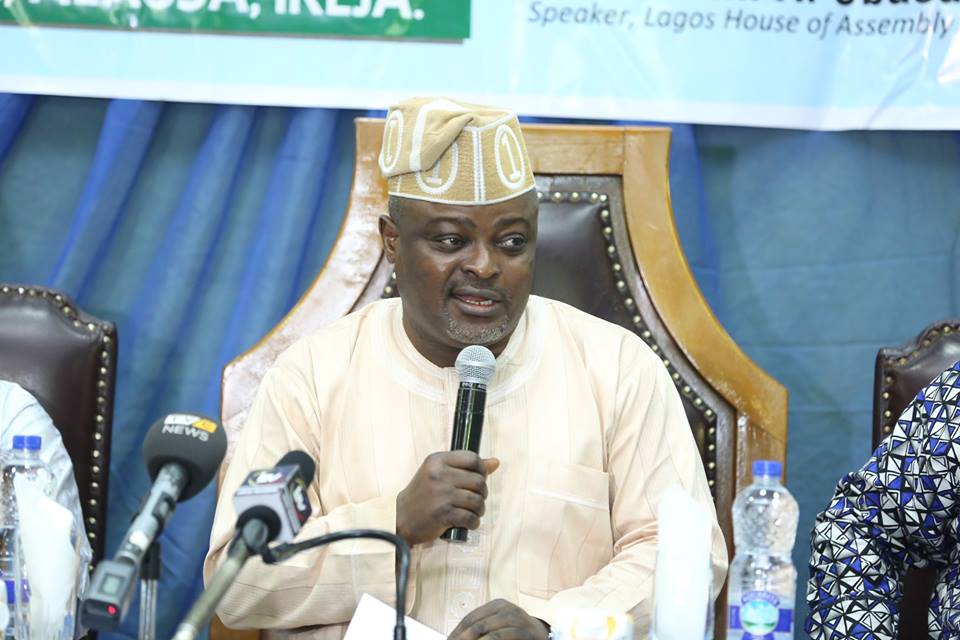 The Speaker of the Lagos State House of Assembly, Rt. Hon. Mudashiru Obasa has assured Lagosians that the state government, particularly the state Assembly is committed to ensuring safety, efficient and effective water transportation in the state.

Rt. Hon. Obasa gave this assurance while speaking at a one day stakeholders’ meeting organised by the ad-hoc committee set up by the state Assembly to investigate causes of incessant boat mishaps in the state and profer solutions for such. The event took place at the Lateef Jakande Auditorium in the Assembly complex, Alausa, Ikeja.

The Lagos Assembly Speaker stated that members of the House are worried at several cases of boat mishaps in the state which had led to loses of several human lives.

Rt. Hon. Obasa stated that it was as a result of the concern the lawmakers had over such unfortunate incidents that led to the invitation of the state Commissioner for Transport, the Special Adviser to the Governor on Transport and the General Manager of the state Waterways Authority to appear before the lawmakers on 16th February, 2016 for clarification on how to check the incessant boat mishaps in the state.

“I made it known at that sitting that a stakeholders’ meeting will be convened to deliberate on how to put a stop to incessant boat mishaps in the state and that is why we are here today,” he said.

According to him, the lawmakers and the state government cannot just fold their arms and allow things to degenerate hence the decision to take the bull by the horn and tackle the menace. “We are indeed concerned with the irreparable losses incurred by the families of the various victims of the boat mishaps. Our hearts go out to them and I pray that such incident will not repeat itself in Lagos anymore.

“On our part, we remain committed to ensuring that we don’t lose precious lives to boat mishaps in the state again, hence the decision to convene this meeting which we hope will profer solutions to our efforts at putting in place safe, effective and efficient water transport in the state,” the Lagos Assembly Speaker.

He advised participants that to realise the aforementioned aim, it behoves on all to cooperate and support government’s initiatives at putting in place effective water transport in the state.

“We should not be aloof, we should be ready to make suggestions and be ready to participate in legitimate action to realise our aims and objectives. To ensure safety of lives and properties on our waterways is our collective responsibility and we must work together to achieve this,” he said.