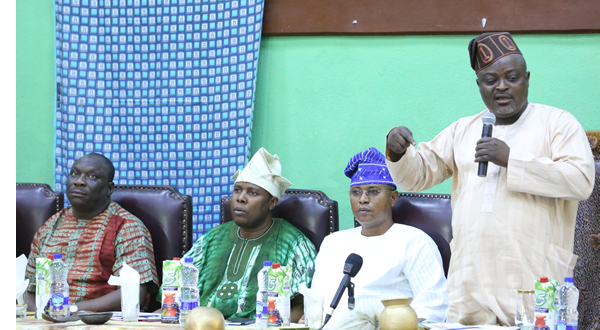 The Speaker of the Lagos State House of Assembly, Rt. Hon. Mudashiru Obasa, has explained that the need to preserve Yoruba language and culture from going into extinction was the main reason the House is promoting the Bill to make the teaching and learning compulsory of the language in all schools in the state.

Rt. Hon. Obasa made this disclosure on Wednesday at the Assembly complex in Ikeja at a public hearing organised by the Assembly’s Education Committee to create awareness on the Bill.

The Lagos Assembly Speaker lamented the situation whereby children nowadays are being prevented from speaking Yoruba Language not only in their schools but also even at home by their parents.

“All over the world, mother tongue is the language of instruction and learning in schools and I continue to wonder why our own should be different. It is here that we prevent our children from speaking Yoruba Language calling it vernacular,” Rt. Hon. Obasa said.

He stated that the inability to teach and encourage children to make use of the language is fast eroding the culture and tradition of the Yoruba people.

“It is ironical that while we were discouraging the use of our language, foreigners knowing the importance of the rich Yoruba culture and tradition anchored on the language, have been coming here to learn and make use of the language,” he said.

Speaking earlier, the Chairman of the House Committee on Education, Hon Lanre Ogunyemi, decried the situation whereby Yoruba values are being eroded in most homes and schools, “where children and students have been deprived the right to communicate in their language due to highhandedness of some teachers and parents who perceive Yoruba Language as vernacular”.

“The Lagos State House of Assembly at its plenary session of Thursday, 18th June, 2015 passed a resolution that the Yoruba Language shall be a compulsory subject in all public and private schools in Lagos State.

“The need for compulsory teaching of Yoruba Language in all schools in the state was further reiterated at the House plenary session of Thursday, 4th February, 2016”.

Hon Ogunyemi stated that mother tongue is the language of instruction and learning in other countries of the world.

“Ours must not be different because the Lagos State House of Assembly Committee on Education believes that as a state, we must lead by example by adequately and effectively embarking on the campaign that this rich language must not go into extinction,” he said.