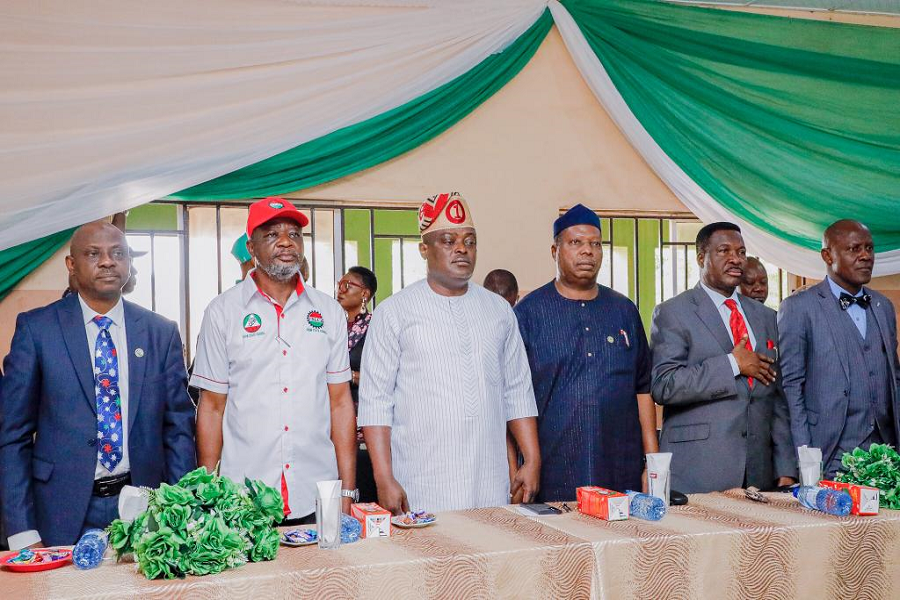 The survival of Nigeria’s democracy should be a key focus of the Nigeria Labour Congress (NLC) and its affiliates, the Speaker of the Lagos State House of Assembly, Rt. Hon. Mudashiru Obasa, has said. 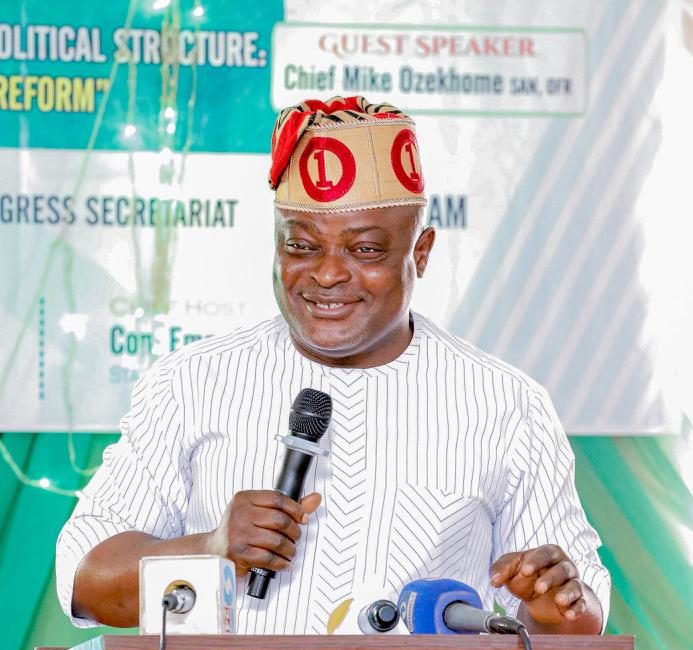 Obasa gave the charge Thursday at the 2022 Independence Day Anniversary Lecture with the theme ‘Nigeria in search for an enduring political structure: imperative of structural reform’ held at the NLC Ogun State headquarters.

According to him, Nigeria can only advance positively if the various unions and individuals play roles to keep the country’s democracy thriving.

The Speaker, who was chairman of the event, said that the country is seen as practising democracy because there are legislative arms of government in place both at the national and sub-national levels.

He, however, lamented the attempts by some individuals in position of authority to ‘pocket’ these lawmaking arms of States citing how, in some states, principal officers of Houses of Assembly are removed at the whims and caprices of single individuals in authority.

“It is hightime we all rose to protect Nigeria’s political institution, the parliament. We have seen cases where the civil society looked away while democracy faces danger from some individuals.

“We have seen cases where the parliament was closed and where a governor carried inauguration of legislature by midnight.

“When you have a legislature that is answerable to a single person, you can’t progress or meet collective goals or say we are practising democracy. We have heard of a state that already has four Speakers in less than four years.

“It is also surprising that even among the elite, you find that there are some people who do not know their representatives at the parliament. Yet, these parliamentarians make the laws that guide their activities and actions.

“As a union, our concern should not be about where we work, our salaries and welfare alone; we should also protect our institutions. I am not saying you should be partisan, but at least, play a role in guiding our democracy.

“In that way, it would be difficult for individuals to determine how the parliament, which is the true symbol of democracy, should operate,” Obasa said.

“If you have a vibrant legislature, you have democracy,” he said.

In his address, Comrade Abinbola Bankole, chairman of the NLC in Ogun State, said though Nigeria faces many challenges, “as a labour movement, it is our considered opinion that blame-game shall take us nowhere as a people.”

He said if Nigeria must work, citizens must be interested in how their country is governed.

Guest lecturer at the event, Chief Mike Ozekhomhe (SAN), noted that the problems with Nigeria are fundamental and systemic. He suggested a new constitution for the country.

“No president who rules Nigeria will do well. Until we do serious structural adjustment or realignments, none of those who would rule Nigeria can make any spectacular difference,” Ozekhomhe said while expressing optimism that Nigeria will be successful again.

On his part, Nafiu Aiyedun, Ogun State Head of Service, who represented Governor Dapo Abiodun, promised that the government would continue to focus on the welfare of workers.