WHY TRAINING OF LAW ENFORCEMENT AGENTS IS IMPORTANT – OBASA 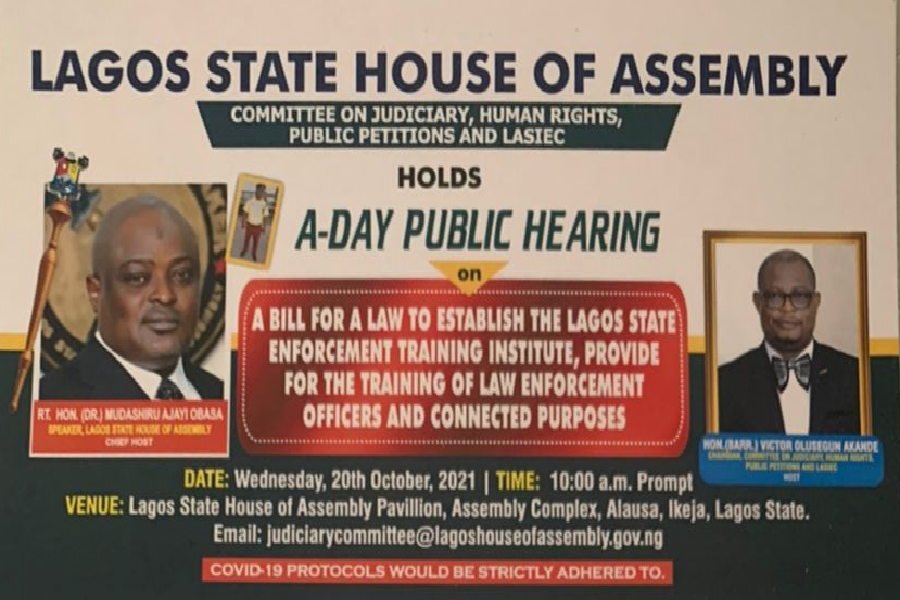 WHY TRAINING OF LAW ENFORCEMENT AGENTS IS IMPORTANT – OBASA

The Speaker of the Lagos State House of Assembly, Rt. Hon. (Dr) Mudashiru Obasa, has reiterated the importance of training law enforcement agents in the country.

Obasa said training and retraining officers and personnel of security and para-military agencies would help to boost service delivery in relation to the protection of lives and properties. 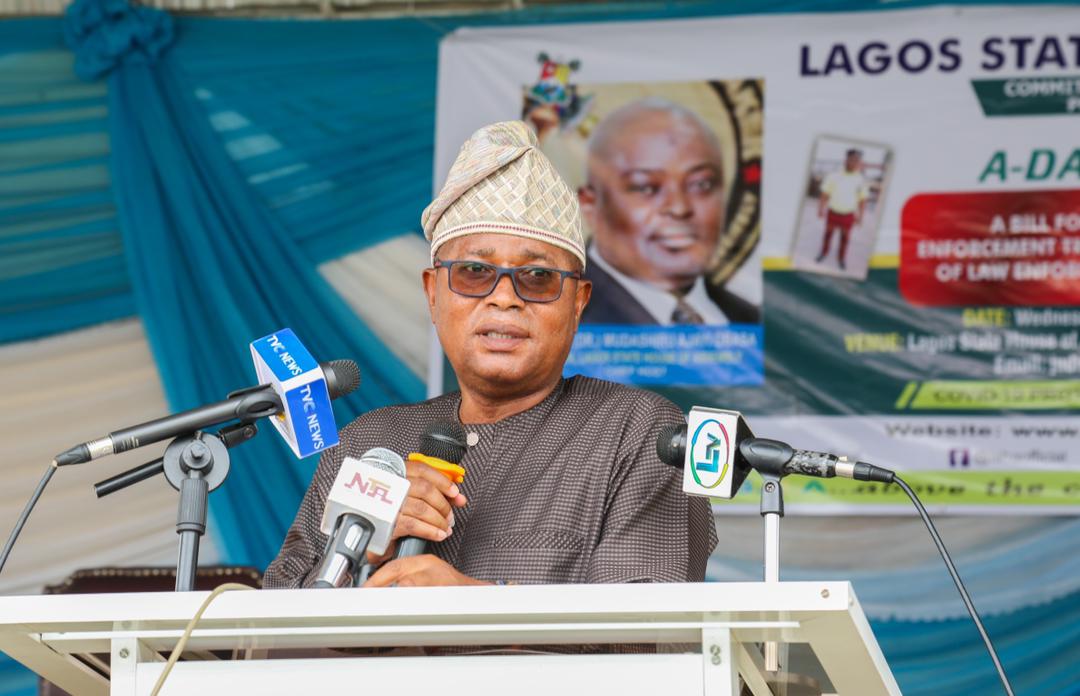 The Speaker, represented by Hon. Wasiu Eshilokun-Sanni, Deputy Speaker of the House, said this on Wednesday, during a one-day public hearing on ‘A Bill For A Law To Establish the Lagos State Enforcement Training Institute, Provide For the Training of Law Enforcement Officers and For Connected Purposes’.

According to the Speaker, the bill will provide the operative mechanism and procedures for the training of officers through through an institute.

He noted that the cardinal responsibility of government, as provided for in the Constitution, is to protect and secure the lives and properties of the people.

“This sacrosanct responsibility of the government is achieved with the efforts of courageous and dutiful officers in the law enforcement sector,” he said adding that it is, this, necessary to always train law enforcers. 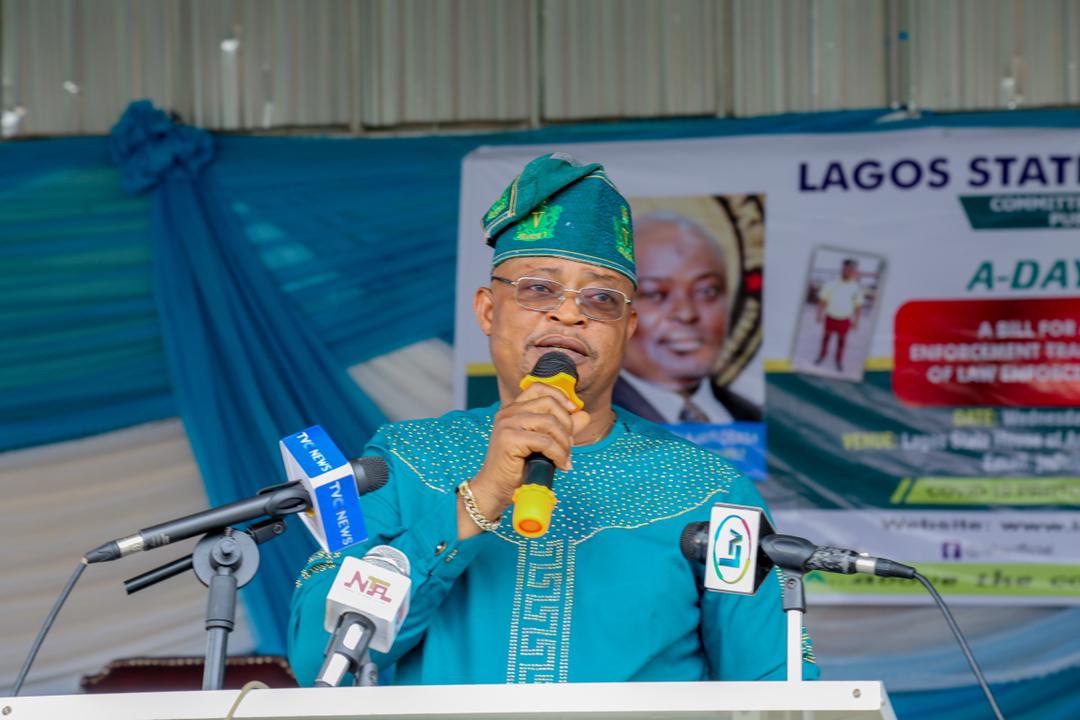 While welcoming stakeholders to the public hearing, Hon. Victor Akande, Chairman of the Committee on Judiciary, Human Rights, Public Petitions and LASIEC, said the bill would help create an agency of government saddled with responsibility of training and retraining of law enforcement personnels in the State for efficiency.

He explained that the institute would liaise with the concerned Ministries, Department and Agencies, MDAS, to design appropriate courses that would address the training needs of law enforcement officers.

He further said the institute would provide online training programmes for officers in various cadres, among other objectives.

Hon. Akande also stated that the bill would address certain standards for recruitment of officers into law enforcement agencies in the State, prescribe training curricular; courses of study; requirements for relevant employers of the agency as well as prescribe ethical and disciplinary standards in line with international best practices. 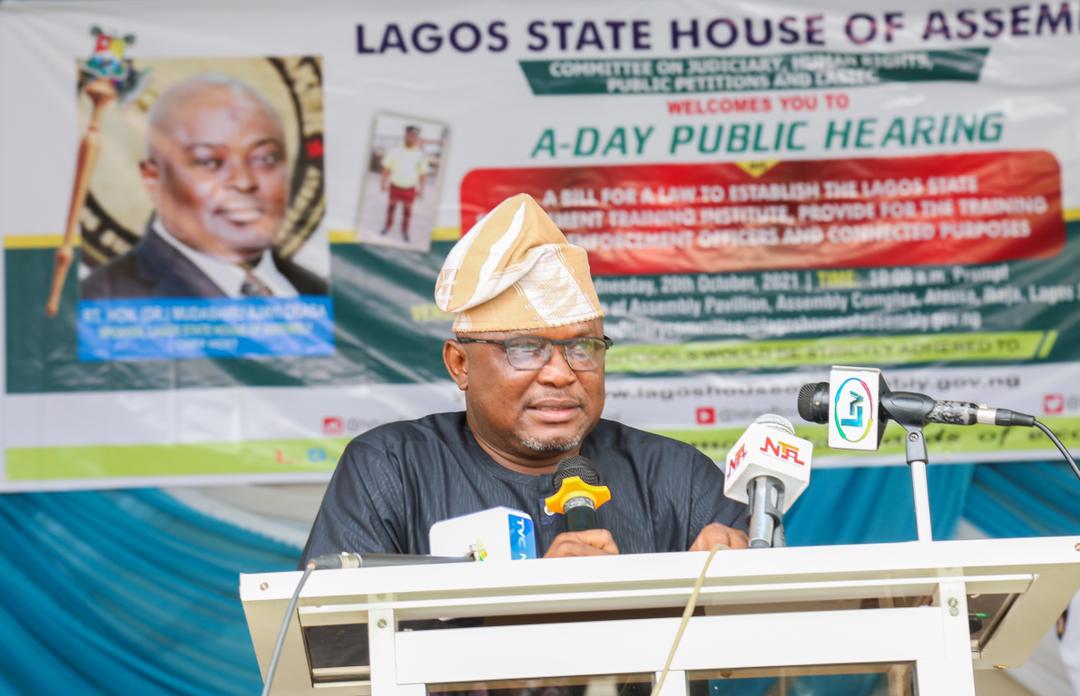 Presenting the overview of the bill, Hon. Sanai Agunbiade, Leader of the House, explained that the bill, which has 22 clauses, woukd help sanitise the State law enforcement agencies and promote better human relations.

In his contribution, Barr. Steven Ejiofor, a stakeholder and lawyer, urged the House to properly define the term ‘secondment’ as proposed in the bill.

He suggested that a training module of each law enforcement officer be defined by creating a security template to guide the process. 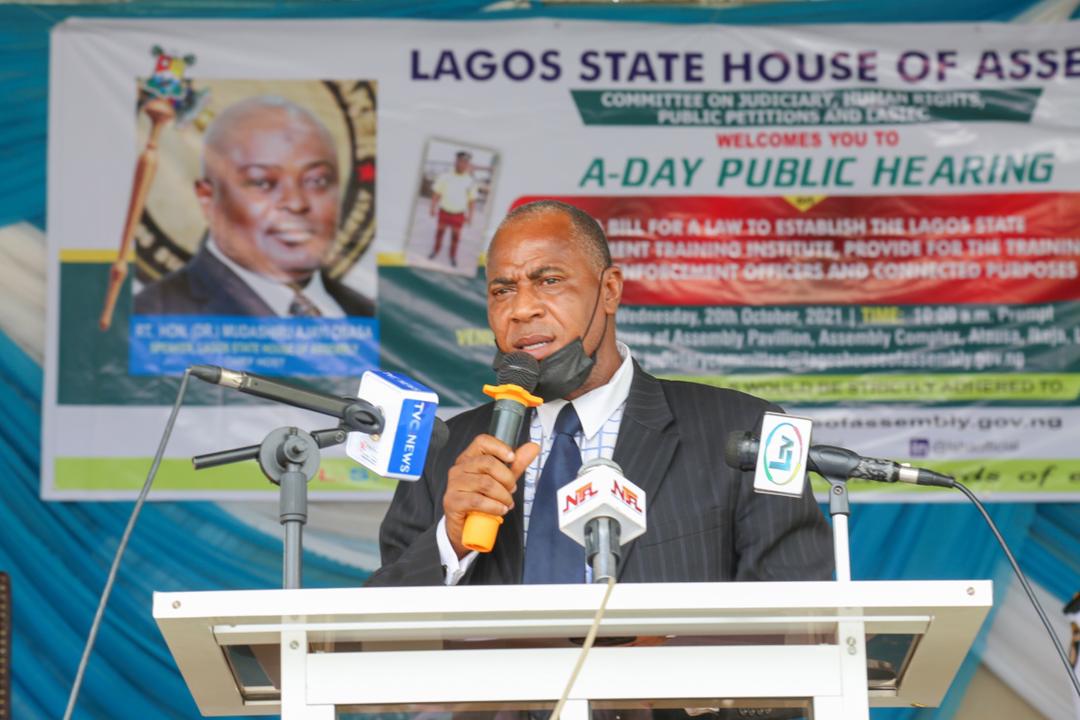 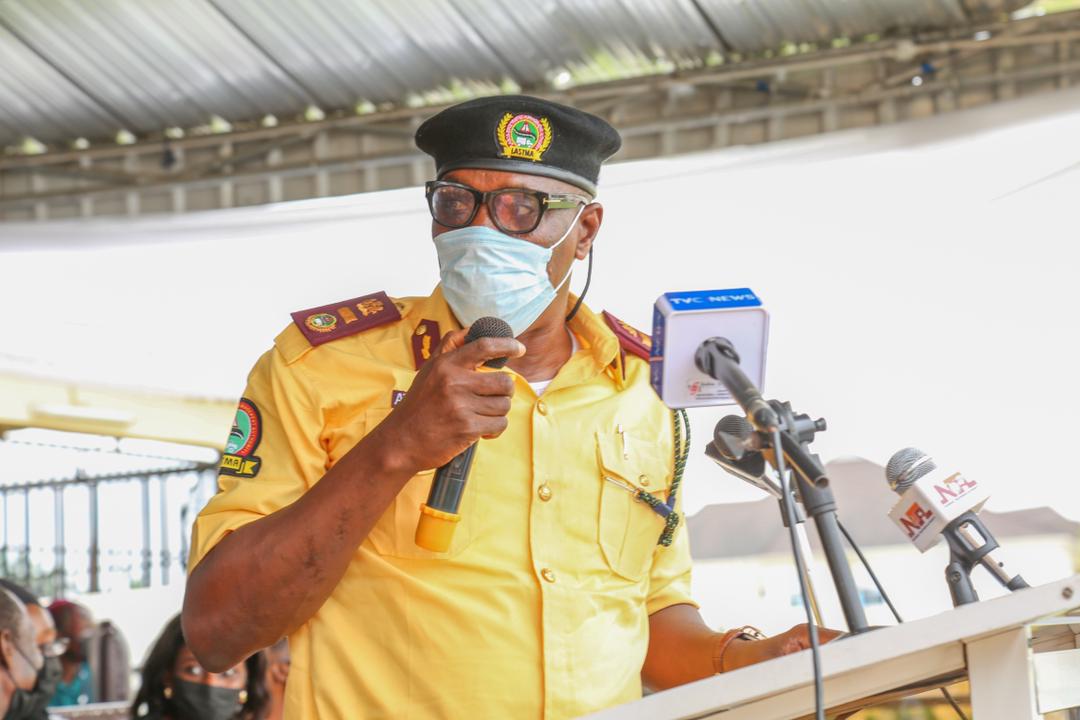 Contributing, a Commander of the Lagos State Traffic Management Authority (LASTMA), Ade Oshun, suggested a synergy between the institute and the Civil Service Commission in the recruitment concerning recruitments. 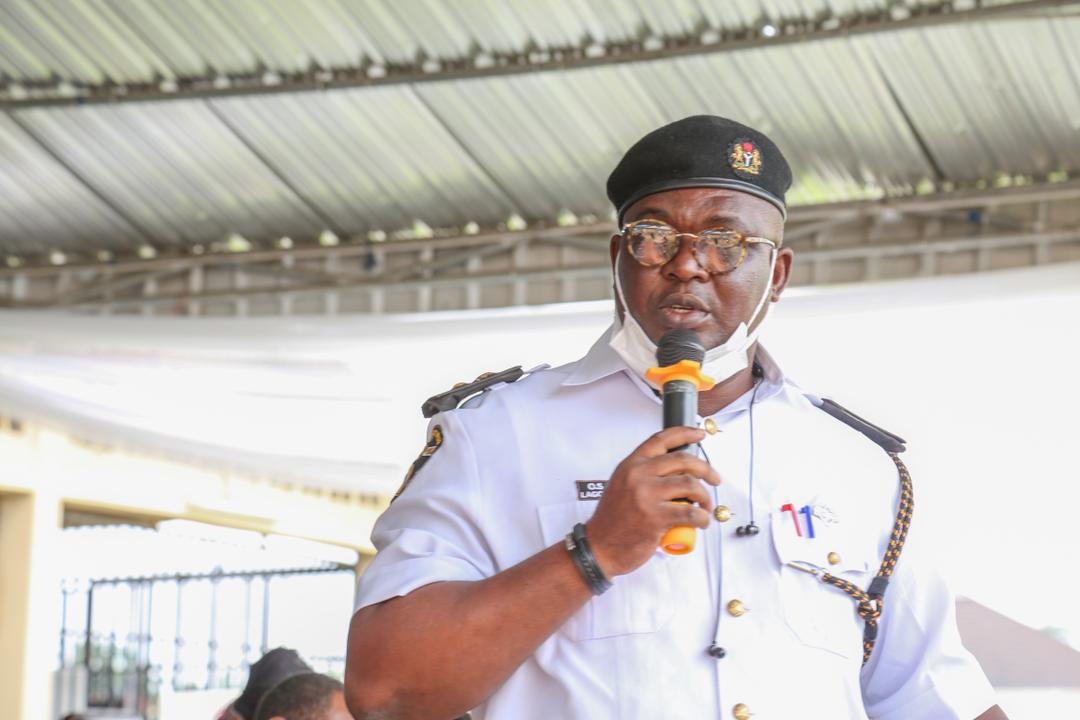 Engr. Olayemi Olumide of the Vehicle Inspection Office, VIO, suggested that the Civil Service Commission should be in charge of promotion of officers in the institute.

He also suggested that officers should not be meant to pay for trainings.

In his response, the Deputy Speaker noted that all submissions would be considered as part of the recommendations of the Committee.